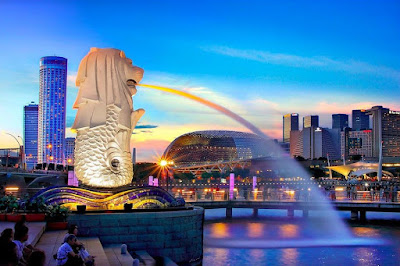 In recent years, Singapore (the “Land of the Lions”) is the hub for academic excellence in South-East Asia with its world-famous Universities, state of the art research facilities, high standards of teaching and learning. Nowadays, it is one of the most popular student’s destinations in Asia and indeed the world. Singapore consists of 63 smaller islands and is the second-most densely populated independent country in the world after Monaco. Here are a few reasons to study in this country.

According to QS Ranking 2019, Singapore is ranked 20th best student cities in the world for study abroad

According to U21 Ranking of National Higher Education Systems, Singapore is ranked seventh overall (based on resources, Environment, Connectivity, and Output), It ranks first for the relative importance of international students, ranks second for R&D expenditure by universities, ranks fourth for joint publications with international authors, ranks sixth in case of national researchers per head and tertiary educational qualifications of the workforce, ranks eighth for knowledge transfer with firms, ranks 22nd for government expenditure on tertiary education, ranks 33rd for joint scientific publications with industry.

Singapore is one of the best countries in the world to do business (ranked 8th according to Forbes). For that reason, several multinational companies come to invest and also recruit local students.

In the last few years, Singapore has been recognized as a world leader in contemporary research and innovation. Singapore ranks 8th among the 129 economies featured in the Global Innovation Index (GII) 2019

According to the Global Competitiveness Index 4.0 2019 Rankings, Singapore ranks first. This ranking measures national competitiveness defined as the set of institutions, policies and other factors that determine the level of productivity.

The education standard of Singapore is almost equal to the USA/UK/Australia/ European countries, but tuition fees and living expenses are much cheaper than those countries.

The degrees offered by the Universities of Singapore are globally recognized, highly valued and widely accepted the employers.

Singapore is the home of regional campuses of many renowned foreign Universities including INSEAD Business School, University of Chicago - Graduate School of Business, University of Nevada, Las Vegas (UNLV) Singapore, James Cook University Singapore, Curtin Singapore, SP Jain School of Global Management, and Amity University. So there is a chance to study at a renowned University staying at Singapore

Singapore is famous for its prosperity, cleanliness, low level of unemployment, and crime which makes it a heaven for International students.

English is widely spoken inside and outside the Universities of Singapore, so there will be no language barrier for international students to study or doing daily activities.

Singapore is known for its multicultural society with a perfect mix of eastern and western cultures. There are mostly four large ethnic groups in this country i.e. Chinese, Malay, Indian and Eurasian. It will help international students to adapt quickly.

Singapore is a lively city with its tropical climate, plenty of museums, parks, cinemas, and restaurants. The transport system is superb and it is a great base to explore Southeast Asian countries like Malaysia, Thailand, and Indonesia, etc.

Key criteria to select a Country for Study Abroad

a)Education systems/style- Every country has its own style of education, sometimes it is industry or practical oriented, which is more depend on the case studies and several live projects in the industry. Somewhere it is completely theoretical. So select the country accordingly to fulfil your study abroad dream.
b)Government Sponsored scholarship opportunities- Several countries like United Kingdom, Netherlands award scholarships to the International students. Similarly, your own country also offers scholarships to the students who are going to study in a particular country. Therefore, do proper research, or take any experienced abroad educational consultant’s help before selecting overseas study destination.
c)Language – Country’s language is one of the most vital things, we should consider before starting our International education. If English is not commonly used then it is really hard to spend day to day life without knowing their local language. That is the reason why Indian stu…

Role of Logistics in the New Product Development (NPD)

Abstract- In today’s highly competitive environment, logistics plays a key role in any firm’s success. It also plays a critical role during new product development (NPD). There are several literatures available about the importance of different logistics activities at the time of NPD, but there is a gap of literatures to find out the most important activities during this period. This research work explores the most important logistics activities in a chemical industry specifically during NPD. The in-depth analysis and multiple case interviews enable me to identify few critical aspects of logistics during NPD in a chemical industry.
In the entire thesis, theories are presented from literature reviews, and then analysed by real-life cases from AstraZeneca, Tikkurila, and Aerosol Scandinavia. Several interviews have been conducted with the supply chain and product development professionals of these industries. A qualitative method has been employed, in order to achieve more precise and dee… 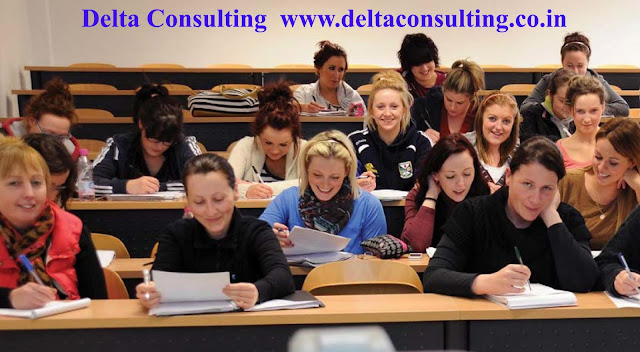 1.First, decide your future program with a specialization 2.Decide any country preference
3.Do extensive research on the internet or take professional’s advice about colleges/Universities which are offering your program 4.Fix 5 (minimum) -10 (maximum) universities
5.Check the websites of Universities thoroughly about fees, admission requirements, admission deadlines, scholarships for international students, etc.  6.Prepare and take the standardized tests like GRE/TOEFL/GMAT/IELTS/PTE/SAT
7.Send score reports to the University during application
8.Write Statement of Purpose (SOP) properly
9.Take recommendation letters from your Professors or employee
10.Prepare your Transcripts
11.Pay the application fee and apply to the program
12.If you are selected, apply for visa with your confirmation letter to the nearest consulate or Embassy
13.If your visa is granted book your flight ticket
14.Pack your luggage and enjoy your new journey


For any guidance to fulfill your study abroad dream, please conta…